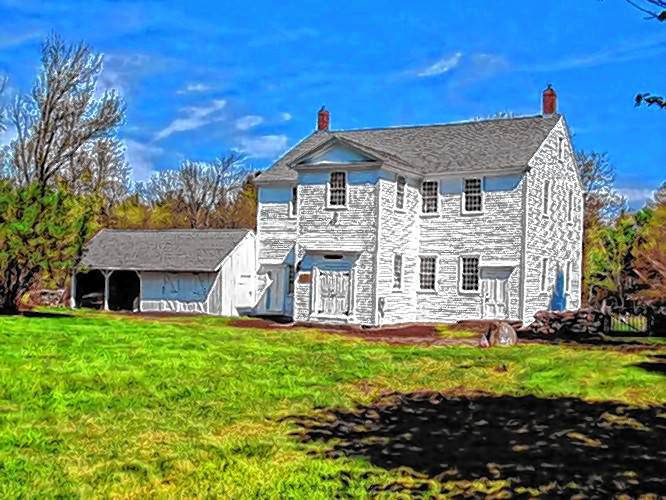 A project to bring 34 affordable housing units to an Amherst Road property that features a former fly rod factory building and farmhouse is moving forward.

The Community Economic Development Assistance Corp. of Boston announced Wednesday that it would commit $200,000 in predevelopment financing, through a loan to Home City Development Inc. of Springfield, for what would be known as Amethyst Brook Apartments.

The $12 million project in West Pelham could be the first in town developed under the state’s Chapter 40B comprehensive zoning law, which allows affordable housing projects to be permitted that otherwise would not be allowed under town zoning.

The 9½-acre site at 18 and 22 Amherst Road includes the farmhouse and several outbuildings, along with the small factory building, occupied by book publisher HRD Press, on the brook where the Bartlett Rod Shop Co. once operated. The adjacent stone dam, which had been part of the waterway since 1820, was decommissioned by the state in 2007 and demolished in 2012.

The farmhouse will be converted into six apartments, while the other buildings will be demolished and replaced with a new 28-unit building. On-site parking will be available for 49 vehicles.

To meet affordability, the units would be rented at 60% of median area income or less, which for a family of four means earning $53,000 or less annually.

The developer will dedicate five acres as conservation land.

Tilman Lukas, chairman of the Pelham Housing Committee, said his committee has been supportive of having an affordable housing project such as this, calling it a unique chance for families, couples and senior citizens.

“In my opinion, this is a project to bring the community a lot of affordable units,” Lukas said.

In fact, the committee conceived the project, which is within walking distance of the Pelham Elementary School and Pelham Library, and close to the Amherst town line.

Lukas said Home City has sent a project eligibility letter to the Department of Housing and Community Development and anticipates applying for chapter 40B funding later this year. The project would also rely on the low-income housing tax credit financing program.

Town Meeting this spring could be asked to commit Community Preservation Act money, up to $500,000, to the project.

Even if all financing and permitting goes off without a hitch, the project likely wouldn’t break ground until 2022, Lukas said.

Roger Herzog, executive director of Community Economic Development Assistance Corp., said in a statement that rural communities need affordable housing, but have fewer opportunities than larger towns and cities to get such projects completed.

“We are excited to support the efforts of an excellent nonprofit housing developer, in partnership with local residents, to develop much-needed affordable housing in Pelham,” Herzog said.