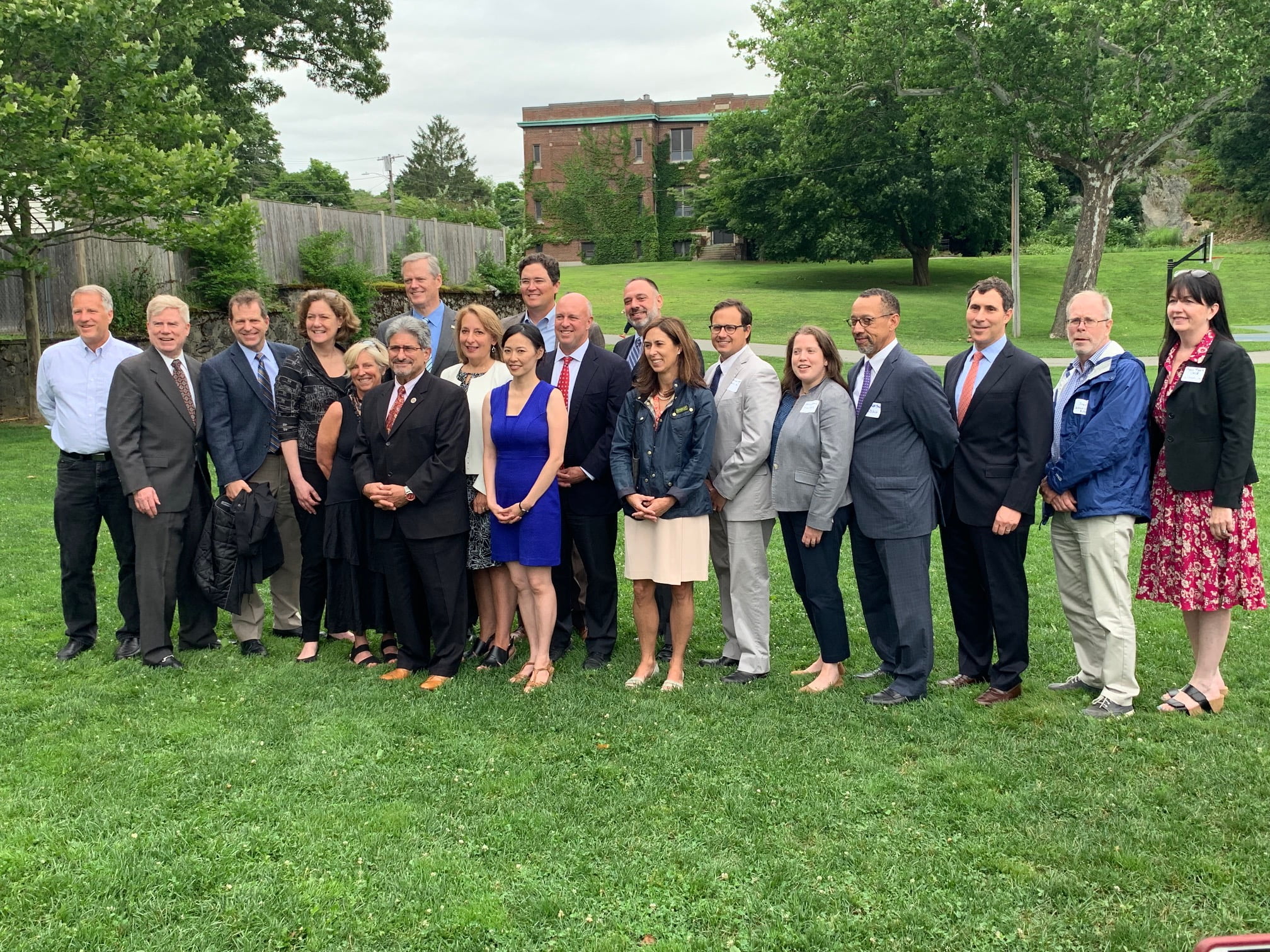 The highlight of the year for affordable housing production and preservation occurred on July 18th with the announcement of funding awards in the annual rental housing funding round to 28 affordable housing projects in Massachusetts. When Governor Baker signed the $1.8 billion Housing Bond bill last year – the largest the state has ever seen – it was clear that the Baker-Polito Administration was committed to providing high-quality affordable housing to communities throughout the Commonwealth.  The Governor, joined by Secretary of Housing and Economic Development Michael Kennealy, Undersecretary for Housing and Community Development Janelle Chan, state and local officials and project developers, announced the new funding awards, totaling $118 million, in his hometown of Swampscott, where a new project developed by B’nai B’rith Housing is located.  This funding will preserve or produce 1,581 rental units, including 1,349 affordable units. Over twenty percent, or 273 of these units, will be set aside for extremely low-income households with incomes no greater than 30% of the area median income.

“We are pleased to announce these Affordable Rental Housing Awards to advance the production and preservation of more than 1,500 rental housing units throughout the state,” said Governor Charlie Baker in the press release announcing the awards. “Housing is both a valuable tool and critical precursor for economic development, and these projects will provide stability to many households in need,” said Lt. Governor Karyn Polito in the same announcement.

CEDAC works closely with DHCD to stimulate the production of affordable housing among the state’s robust non-profit community development sector, both through its early stage financing and technical assistance program, as well as its management of three supportive housing bond programs: the Housing Innovations Fund (HIF), the Facilities Consolidation Fund (FCF), and the Community Based Housing (CBH) program.

To date, CEDAC has committed over $3.9 million of early stage predevelopment and/or acquisition financing to nine of the projects receiving awards.  A brief summary of these nine projects follows:

In addition to these nine projects, CEDAC will work with several additional projects who received funding awards of HIF, FCF, or CBH funds, including these three exciting CDC or local housing authority-sponsored projects:

This announcement was made close to an awarded project that is a good example of affordable housing and social services going hand-in-hand: Senior Residences at the Machon.  B’nai B’rith Housing will convert a former elementary school into 38 new units of senior housing, 8 of which will be reserved for extremely low-income households, and will provide long-term, onsite support services to its residents.  This is one of the first projects to be built in Swampscott after the town created its first-ever Affordable Housing Trust Fund in 2017, and it will allow seniors from the community to age in place.

Many of the projects receiving funding awards have incorporated supportive housing for certain target populations into these larger developments. The Administration has promoted collaboration between the state’s housing and human services agencies to increase the production of supportive housing to serve vulnerable populations. The Massachusetts Executive Offices of Health and Human Services and Elder Affairs are key partners to the Department of Housing and Community Development (DHCD) in this effort.

DHCD Undersecretary Janelle Chan, who also serves as CEDAC’s Board Chair, summed up the importance of these funding awards for these projects when she said, “Housing that meets the needs of residents is the foundation for thriving communities, supporting strong neighborhoods and vibrant downtowns. Today’s awards enable the creation of housing for low-income families, seniors, and individuals, including those transitioning out of homelessness. These high-impact projects will bring new residents to Fitchburg, Gloucester, and Methuen’s downtown districts, redevelop vacant school properties in Southbridge, Swampscott and Taunton, and leverage town-owned land in Williamstown. This is just a sample of the amazing developments we are supporting, all of which will benefit thousands of residents upon their completion.”

Read the official press release from the Baker-Polito Administration.