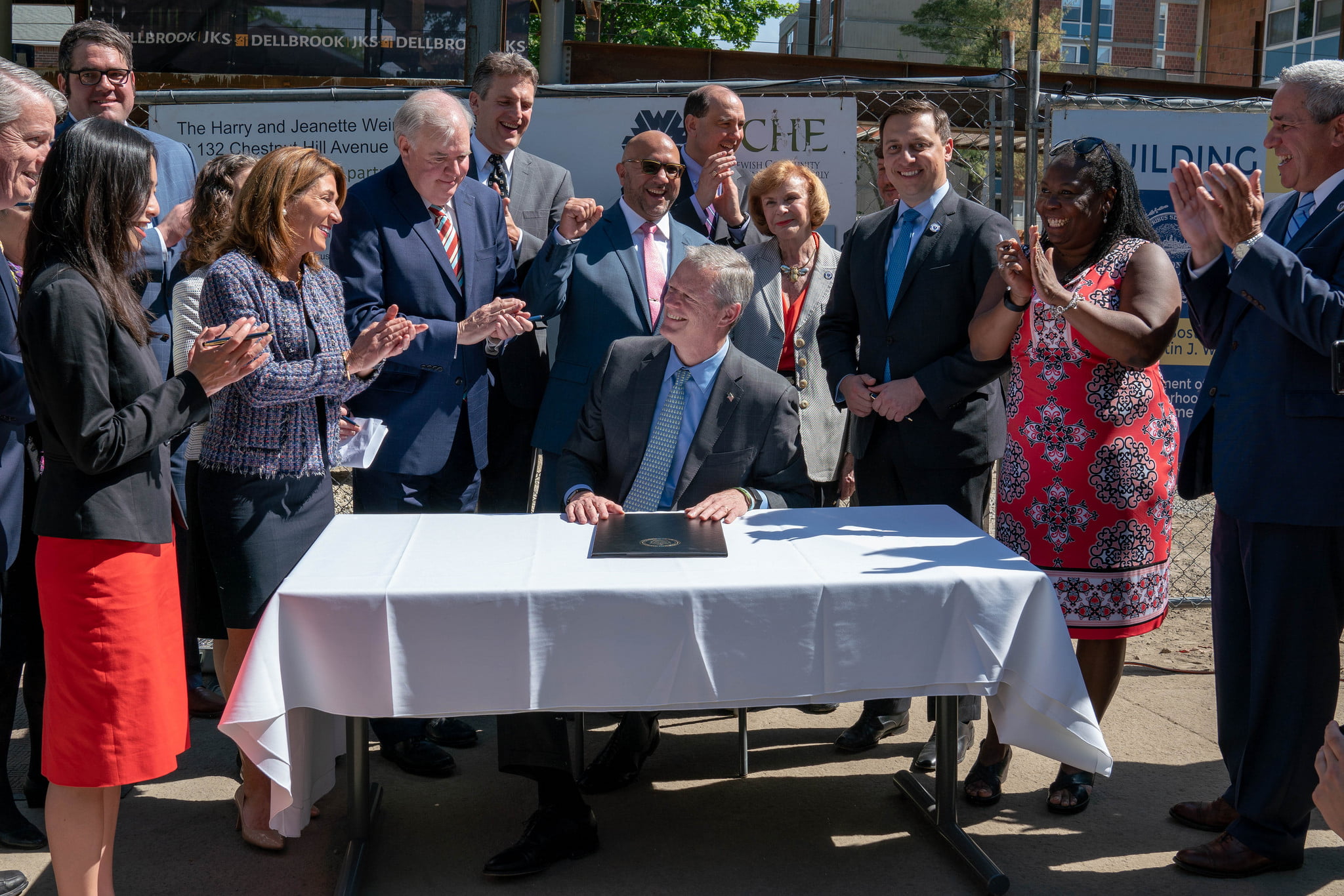 Massachusetts is fortunate in that over the last several decades, the Commonwealth has repeatedly demonstrated its commitment to community development in a bipartisan way. On Thursday, May 31st, we saw the most recent example of this support when Governor Charlie Baker signed the $1.8 billion Housing Bond Bill into law. The bill will allow for new capital spending on affordable housing production and preservation in cities and towns across Massachusetts.

The bill signing was held on a beautiful sunny day at The Harry and Jeanette Weinberg House, a deeply affordable, service enriched senior housing complex in Brighton that Jewish Community Housing for the Elderly (JCHE) is constructing. Weinberg House received a total of $1 million in funding from the state’s Housing Innovations Fund (HIF) and Facilities Consolidation Fund (FCF), two supportive housing programs that were reauthorized by the Bond Bill. Weinberg House will provide 61 units, five of which are reserved for FCF-eligible residents, and will connect to JCHE’s existing 705 units at the Wallingford Road campus. The Commonwealth’s affordable housing and early childhood education advocates were on hand to celebrate – you can see photos of the event at our Twitter feed.

“This bill will help expand our administration’s commitment to ensuring residents across the Commonwealth have more access to quality, safe and affordable housing and economic development opportunities,” said Governor Charlie Baker in a statement. “Municipalities, developers, and local housing authorities will be supported by a toolbox of flexible resources to create more affordable options and explore new avenues to meet a growing demand. We thank our partners in the Legislature for working with us to pass this legislation and look forward to our continued collaboration on the administration’s Housing Choice Bill to create even more affordable housing options.” 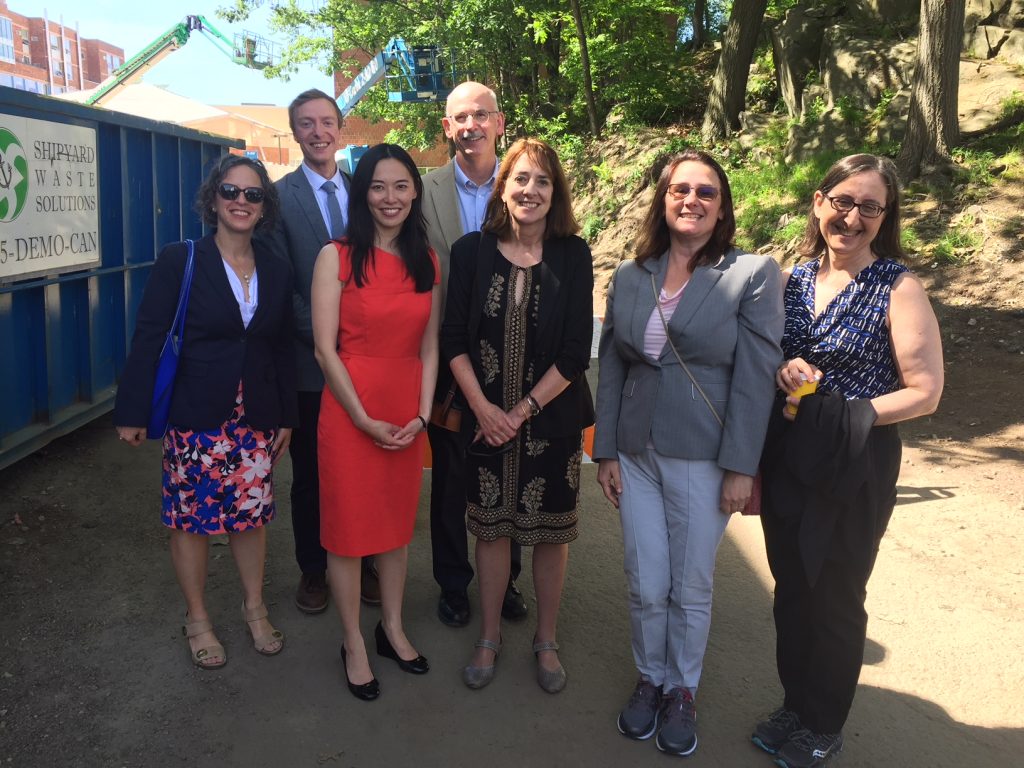 Pictured above: CEDAC staff with Undersecretary of DHCD Janelle Chan at the Housing Bond Bill signing.

Here at CEDAC, we are particularly gratified to see the support that the Bond Bill received both from the legislature and the Baker-Polito Administration. CEDAC administers a number of programs that the Department of Housing and Community Development (DHCD) uses to create supportive housing in the Commonwealth. We outlined those programs and their achievements – along with the Housing Modification Loan Program and the Early Education and Out of School Time Capital Fund, which are also funded by the Bond Bill and which we also manage – back in February.

The legislation included funding for the following:

As we noted in our blog post in February, the Commonwealth’s willingness to extend the state housing tax credit program is significant in that it will help Massachusetts preserve and produce affordable housing units, even while the picture on the federal level remains unclear. The final legislation extended the state housing tax credit program through 2025 at an annual level of $20 million and authorized an additional $5 million per year in tax credits specifically to support affordable housing preservation. Given the challenges that we face with existing projects facing expiring affordability, these additional state credits will be effective in maximizing preservation.

It’s important to thank those who worked hard to make sure that the Housing Bond Bill became a reality. That includes legislative champions like State Senator Joe Boncore and State Representative Kevin Honan, who helped to shepherd the bill through the process; members of the executive branch, including Governor Charlie Baker, Lt. Governor Karyn Polito, Housing and Economic Development Secretary Jay Ash, Undersecretary of DHCD Janelle Chan, and former DHCD Undersecretary and current MassHousing executive director Chrystal Kornegay; and countless advocates from organizations like Citizens’ Housing and Planning Association (CHAPA), Massachusetts Association of Early Education and Care (MADCA), United Way of Massachusetts Bay and Merrimack Valley, and beyond.

We look forward to working with our non-profit partners to continue to create strong neighborhoods with high quality affordable housing and child care facilities.