BOSTON (October 25, 2022) – The past decades have seen the steady rise and proliferation of Community Development Corporations (CDCs), organizations created with the goal of revitalizing neighborhoods that had fallen victim to economic hardship. Areas that had fallen into disarray following years of neglect were offered new opportunities to provide affordable housing for those in need as the cost of living continued to increase and reinvigorate their communities which had in many ways become disconnected.

In recent years, a new wave of CDC leaders has begun to take the reins from their predecessors, carrying on the torch of commitment to preserving and strengthening neighborhoods across the Commonwealth to secure a brighter future for residents of all backgrounds. One such leader is Keith Fairey, who recently took on the role of President and CEO of Way Finders, a Springfield based CDC working to strengthen housing stability and economic mobility, and build thriving neighborhoods in communities throughout Western Massachusetts.

CEDAC recently spoke with Keith Fairey to learn more about his background, his vision for Way Finders, and his passion for the work his organization engages in.

When asked about his motivations for working in affordable housing, Keith spoke about his youth in New York during the 1970s and 80s, having many family members living in the Bronx, and himself growing up in naturally occurring affordable housing just north of the Bronx. During this time, he saw how many New York City neighborhoods were under siege and seemingly on the verge of collapse, but gained inspiration from the community leaders and stakeholders that were able to come together to protect their neighborhoods and bring about positive change. Where many saw the “Bronx burning,” Keith saw a struggle taking place wherein communities were pulling together to protect what little they had. From these experiences, he came to understand that one day he’d like to engage in that same type of work.

After completing college, Keith became a history teacher, a profession in line with his long-term interest in history and context that would later serve him well as he entered the community development space. Soon, he was working for an organization that helped distribute low-cost food to low income households. Not long after that, he began working with the Community Pride program of the Harlem Children’s Zone.  Community Pride helped residents, among other things, convert their buildings to cooperative home ownership. In this work, Keith was focused on making sure that residents had agency and choice over their future, and the attendant dignity that comes with those.  After leaving the Harlem Children’s Zone, Keith expanded his skills and experience by working with the Bronx based Mount Hope Housing Company, a CDC formed out of tenant and community organizing efforts.  In his various roles at Mount Hope, Keith honed his skills in housing and community development projects that ranged from home rehab for low-income homeowners to affordable housing development and management, community facility development, individual development accounts and more.

Keith’s focus then became national, as he took up a position at Enterprise Community Partners, viewing the problems facing communities across the country from a national perspective, but still never losing sight of what he learned from people and communities he worked with in the Bronx and Harlem: the best community building is done in close concert with community residents themselves.

Having worked at a national level for some time, Keith was drawn to Way Finders by the prospect of maximizing his impact by working with a regional focus. Way Finders, which started as the Housing Allowance Project a demonstration program for what would later become the federal Section 8 rental assistance voucher program, today operates as a diversified affordable housing and community development organization. While rental assistance is one of Way Finders’ major programs, it also helps to create and manage homeless shelters, provide workforce development services, and to develop, own, and manage affordable housing.

Having recently completed the organization’s 3-year strategic plan, Keith tells us of his vision for “thriving equitable communities for all.” To this effect, the organization’s efforts are focused on 4 areas of collective impact: ending family homelessness, promoting wealth and upward mobility, strengthening community engagement and leadership, and transforming neighborhoods.

Achieving these goals, he says, will require perspectives from residents, clients, and stakeholders across the communities they serve. He also aims to take the varied work Way Finders is engaged in and bring it together in a more integrated fashion to produce the most optimal results. Keith hopes to induce a perspective where Way Finders looks at challenges across the continuum of need, breaking down silos and leveraging all tools at their disposal to anticipate need before it arises, and develop tailored solutions based on a close connection with the communities they are serving.

Looking Ahead and Advice for Others

When asked about his overall perspective on his work and what motivates him, Keith again brought us back to the lessons he learned from community residents of the Bronx and Harlem. He told us about community leaders making their stand. He told us how “they saw something in their neighborhoods, in each other, and were willing to fight for it, work through challenges, barriers, and build their knowledge and experience.” From this, he gained a deep belief in community connections and the importance of working and acting together.

Asked for advice for others working in the community development space, Keith’s words were direct and impassioned: “Listen deeply, and authentically collaborate with communities. It may be slower, it may be harder, but it makes for the best outcomes.” 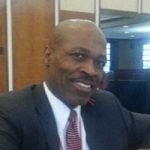