CIF, CEDAC, and EEC Announce $6.5 Million in Awards from the FY20 Early Education and Out of School Time (EEOST) Capital Fund 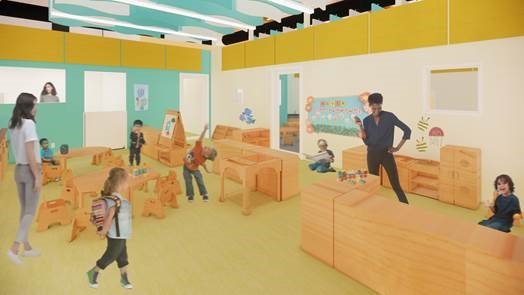 “The current public health crisis underscores the need for safe learning environments that support the healthy growth and development of all children,” said Samantha Aigner-Treworgy, Commissioner of the Massachusetts Department of Early Education and Care. “We are thrilled to be able to support these seven programs across the Commonwealth as they turn their projects into reality.”

Since 2014, the EEOST Capital Fund has made annual awards of $4 million, but last year, an additional $2.5 million was made available for grants. The $6.5 million allocated for the FY20 EEOST grants will leverage more than $36 million in additional public and private financing to improve learning environments for 877 children. Over 80% of the children currently served in these programs are from low-income families. Learn more in the press release here.

We are grateful for the Baker-Polito Administration’s continued investment in early education and care programs, and we look forward to working with each organization that received FY20 EEOST awards to help move their facility projects to completion. Congratulations to the following early learning organizations: