Congratulations and Thanks to Outgoing Undersecretary of Housing Chrystal Kornegay 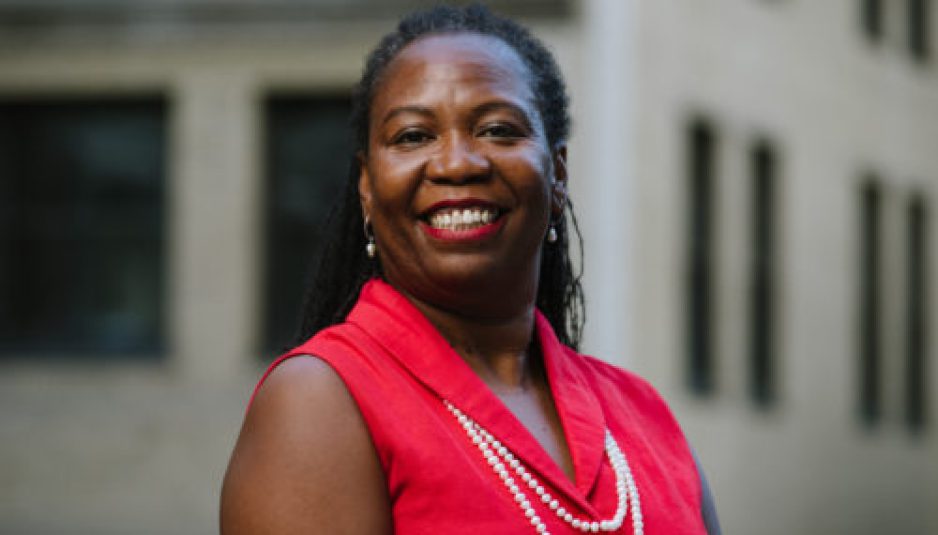 I would like to offer my congratulations to our current chair of CEDAC’s board of directors, Chrystal Kornegay, on the recent announcement of her appointment as the new executive director at MassHousing. Chrystal has served with distinction for the past three years in the Baker-Polito administration as the Undersecretary of Housing and director of the Department of Housing and Community Development (DHCD). Chrystal also served as Secretary Jay Ash’s designee as the chairwoman of the CEDAC board. As part of this transition, Secretary Ash will appoint a new Undersecretary who will likely also serve as the new CEDAC board chair. I want to thank Chrystal for her effective leadership as our board chair, and am very pleased to announce that she will remain as a member of our board, following in the footsteps of previous MassHousing executive directors Tom Gleason and Tim Sullivan.

Prior to becoming Undersecretary of Housing, Chrystal spent many years successfully managing a large urban non-profit community development corporation and building affordable housing as President and CEO of Urban Edge; prior to that, she also served as a project developer with The Community Builders. Chrystal brought this significant hands-on experience as a non-profit housing developer to her role as both undersecretary and CEDAC’s board chair – in fact, she was the first person to serve as our board chair with non-profit development experience (as well as being a CEDAC borrower!). Chrystal’s experience was a perfect match with CEDAC’s mission of supporting non-profit development, as she knew the intricacies and challenges of the real estate development process, especially at the early stages when CEDAC gets involved. She provided important leadership to the integral role that CEDAC plays in providing financial and technical assistance to non-profit affordable housing developers.

The accomplishments that Chrystal achieved as undersecretary since she took the job in 2015 are considerable. Recognizing the ongoing importance of supportive housing to vulnerable homeless families, elderly and disabled persons, veterans, and youth residing in Massachusetts, Chrystal led DHCD to target new federal Housing Trust Funds (HTF), in combination with state Housing Innovation Fund and other bond programs, for supportive housing development. DHCD continues to allocate these capital funds in a separate annual supportive housing funding round. Massachusetts received well deserved recognition for being one of the first states in the nation to effectively deploy federal HTF funds to meet the needs of extremely low income persons. Chrystal also led the launch of the new Community Scale Housing Initiative, a major policy priority of MACDC, which targets smaller scale housing development projects of up to 20 units. She has also helped to shepherd the $1.7 billion Housing Bond Bill through the Massachusetts legislature in the current session, and especially has been supportive of the work of the Early Education and Out of School Time Capital Fund, which CEDAC administers with our affiliate the Children’s Investment Fund and the Massachusetts Department of Early Education and Care.

As CEDAC board chair for three years, Chrystal oversaw the board’s approval of predevelopment, acquisition, and bridge loan commitments of over $50 million to 103 housing development projects. These projects comprise the production or preservation of 4,314 units of affordable housing. In addition, the board approved loan commitments of over $2.8 million to 27 child care projects from the Children’s Investment Fund.

And then of course there is Chrystal’s inimitable style! Governor Baker presented an excellent example of this at a recent project event in Boston, when he shared a conversation between Chrystal and her DHCD staff. Chrystal mused as to whether her DHCD successor (or any other member of the cabinet) would address the Governor as “dude.” The Governor admitted that no other Cabinet member would do so, and that is one the reasons that he will miss Chrystal in the administration.

We look forward to continuing our work with Chrystal as she becomes MassHousing’s executive director. In particular, we will continue working closely with MassHousing on the preservation of the Section 13A portfolio and other expiring use projects. Chrystal’s commitment to building and sustaining strong communities across the Commonwealth is unparalleled, and we know she’ll bring that passion and knowledge to Mass Housing.