Evolution of the Fund: A Look Back With Mav Pardee 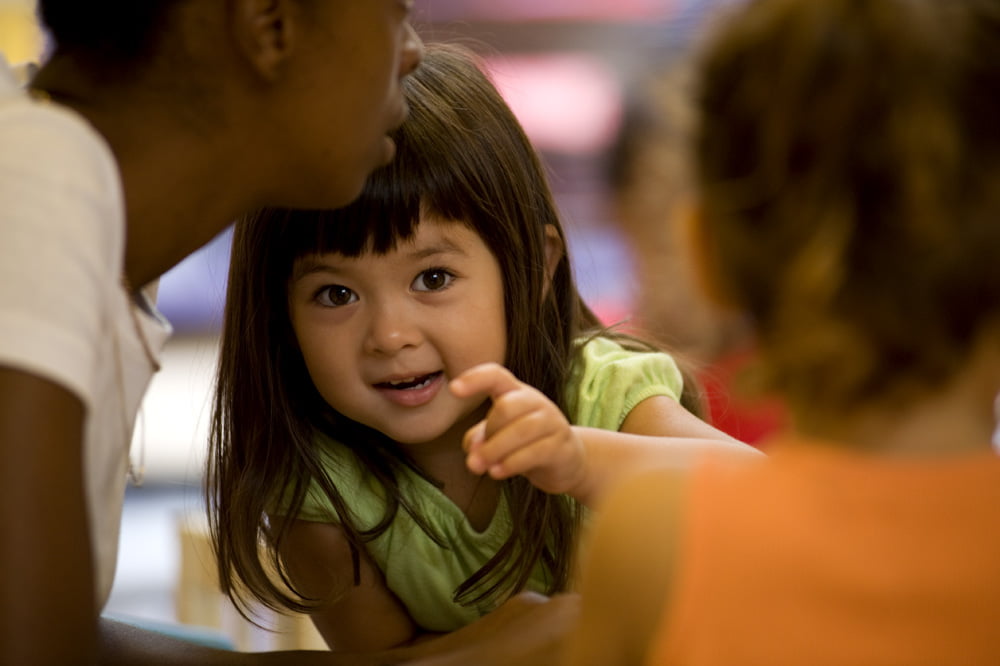 At INSITES this week, we complete our series of spotlights on previous directors of the Children’s Investment Fund (“the Fund”). Today, Mav Pardee, the organization’s third director, recounts the Fund’s long history of working with non-profit providers to create high-quality learning environments for the most vulnerable children in Massachusetts.

1. Describe your experience as the director for Children’s Investment Fund?

I became director of Children’s Investment Fund (“the Fund”) in 2006 and led a small and talented team until late 2015.  During my tenure with the Fund, we refined and expanded the Building Stronger Centers Training Institute (BSC) to introduce the leadership in early childhood education (ECE) and out-of-school time (OST) programs to the facility development process. We also provided training on developing multi-sensory outdoor play spaces with an emphasis on nature and natural elements.

In 2011, we sponsored research on existing conditions in non-profit ECE and OST sites across Massachusetts that served children on public subsidies. The results were sobering, even shocking: 22 percent of centers had poor indoor air quality, 20 percent had at least one classroom without windows, nearly 70 percent lacked classroom handwashing sinks, and 34 percent had inadequate heating and cooling. Those and other findings were the basis of a campaign by the Fund, the United Way of Mass Bay and the Merrimack Valley, Citizens’ Housing and Planning Association, some key legislators, and providers statewide to secure public bond financing for facilities improvements. In 2013, the Massachusetts Legislature authorized the creation of the Early Education and Out-of-School Time (EEOST) Capital Fund, which is jointly overseen by the Department of Early Education and Care, CEDAC, and the Fund, and which to date, has invested $19.2 million in 25 projects that serve over 2,400 children. Governor Baker recently reauthorized the funding for another five years.

2. How did you become involved with child care facilities development?

My initial involvement with children’s facilities was as a young parent developing a toddler program for my first child.  That led to my co-founding the Child Care Resource Center in Cambridge, where in addition to helping parents find programs, we worked with community groups to set up centers in all the used-to-be usual places:  church basements, office buildings, former schools, etc.  Some were wonderful places for childhood and others were merely adequate.

In 1986, I helped develop the Transportation Children’s Center in the State Transportation Building, which led to involvement with two publications on centers in state office buildings: Architectural Prototype Document: A Study for the Development of Day Care Centers in State Facilities (1987) by Citydesign Collaborative and Anita Olds & Associates, and Child Care by Design: a Handbook for the Planning and Design of Child Care Centers in Massachusetts (1993) by Archetype Architecture & the Division of Capital Planning & Operations.  Over time, I worked on another 40 or so renovation or construction projects around Massachusetts, Rhode Island, and New York.

Eventually I consulted on projects for the Fund in its early days, first with Dan Violi, and later with Viki Bok.  They taught me a great deal about the formal facility development process.

3. How have you seen the sector evolve?

It’s been far too slow, but very gradually our society has begun to understand that most children spend significant time in ECE and OST programs and that those programs play a crucial, and often underappreciated role, in their healthy development and life-long prospects for good health, school success, and well-being. In 1995, the “Relations Between Preschool Children’s Child-Care Experiences and Concurrent Development: The Cost, Quality, and Outcomes Study” reported that only 14 percent of child care centers nationwide provided a level of quality that supported healthy development. More than 10 percent of centers were described as poor quality, and 74 percent were labeled mediocre. That report led to a number of much-needed quality improvement efforts by federal and state policymakers.

Beginning in 2004, research from the National Council on the Developing Child emphasized the critical importance of the first five years of life on brain development, resilience, executive function, and other key factors in healthy development. The terminology changed—from “child care,” a support to help parents enter the workforce, to “early childhood education,” which emphasized child development and learning.

There were efforts to raise teacher qualifications (but little attention to salaries), an emphasis on program accreditation, and learning standards based on children’s ages and development with periodic funding increases to support those efforts. And eventually, thanks to the efforts of the Fund, the provider community, some enlightened policymakers and others, we’ve seen the “quality agenda” expand to include facilities as a key component of high quality ECE and OST services for children in Massachusetts.

4. What do you think is next for child care facilities development?

This sector is about relationships – educators with children and families, programs with each other, the communities they serve, and with funders and policymakers. Because of its role, the Fund has relationships with all those groups as well, but also with architects, licensers, and the professionals who help programs complete successful facility projects.

Because of its long history working with seriously under-capitalized programs, the Fund knows that access to funding continues to be a critical barrier to facility improvement. EEOST has been an enormous benefit, but the demand for project financing continues to outstrip available resources. The Fund has long sought access to more affordable loan capital, and recently CEDAC, Theresa Jordan, and the Fund secured certification as a Community Development Financial Institution (CDFI). This certification allows the Fund to apply for federal funding as a source of low-cost lending capital.  It’s great news and will lead to further development of suitable learning environments for the most vulnerable children in Massachusetts.

Children and families take special note of the environments where children spend their days because those spaces send powerful messages about how much or how little we value children. Children from affluent families spend their childhoods in attractive, well-appointed spaces, and children from low-income families too often get the leftovers. There are two incidents that program directors recounted that stick with me:

This work matters a great deal. All children deserve physical learning environments that stimulate their imaginations, give them room to move, let them see the larger world, and support the development of positive self-images and self-esteem. 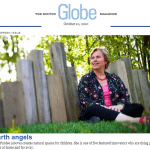