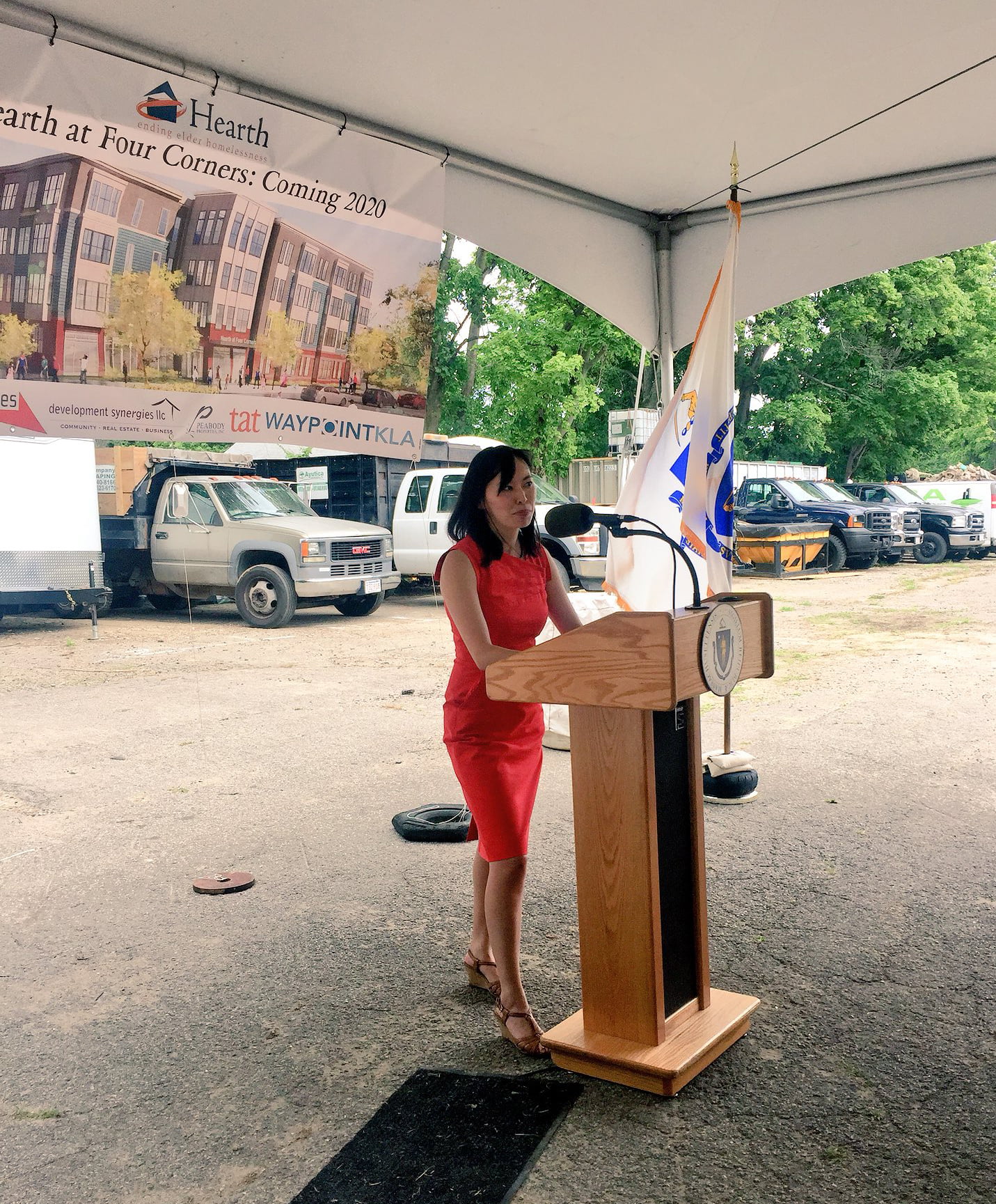 On July 25th, Governor Charlie Baker, joined by Housing and Community Development Undersecretary – and CEDAC board chair – Janelle Chan, announced state funding awards in the 2018 Rental Housing funding competition.  The Governor awarded a total of $33.5 million in state and federal tax credits and $57 million in federal HOME and state bond resources to 19 affordable housing projects across Massachusetts.  These 19 projects located in 14 cities and towns across the Commonwealth will create or preserve a total of 1,463 rental units of which 1,312 will be affordable with 215 units set aside for households at 30% area median income or below. Among those developments were five non-profit sponsored projects that CEDAC has supported through our early stage predevelopment and acquisition financing program.

“These rental housing awards support our Administration’s commitment to create more housing opportunities in neighborhoods across Massachusetts,” said Governor Charlie Baker in a press announcement. “We have also drafted legislation to develop 135,000 units of new housing by 2025 that has been endorsed by several businesses, local officials, trade organizations and community groups, and encourage the Legislature to pass this bill to build more affordable housing and support economic development in every zip code.”

CEDAC helps community development corporations and other non-profit developers produce or preserve affordable housing by providing them early stage capital financing and technical assistance throughout the development process. Our commitment to the concept of patient capital gives these developers the resources to acquire property, hire a professional development team that is needed to move a development project forward, and assemble public and private financing to complete the projects.  The state’s award of capital subsidies to these projects is an important step for these affordable housing developers towards moving these projects into construction.

“Today’s awards will enable communities to grow with their residents, and be a part of a state-wide and regional response to the affordable housing crisis,” said Undersecretary Janelle Chan.

The five awarded projects with CEDAC predevelopment assistance of almost $2.4 million in the aggregate are great examples of patient capital’s role in moving developments forward:

In addition, CEDAC is processing a predevelopment request for a sixth project that was awarded state funds in the 2018 competition.  Lyman Terrace Phase II (Holyoke) is the second phase of the comprehensive redevelopment of the Lyman Terrace public housing development in Holyoke. The sponsor is The Community Builders (TCB).

The capital resources that were awarded to these projects include federal and state Low-Income Housing Tax Credits, federal HOME funds, and funding from six state bond programs that were recently reauthorized in the Housing Bond Bill.  CEDAC assists DHCD in managing three of the supportive housing bond programs – Housing Innovations Fund (HIF), Facilities Consolidation Fund (FCF), and Community Based Housing (CBH).  Eleven of the 19 projects received awards from at least one of these supportive housing bond programs.

The funding announcement was held at 16 Ronald Street in Boston, where Hearth, Inc. plans to develop 54 units of supportive housing for vulnerable elders, including 11 units funded through FCF for extremely low-income seniors with chronic mental illness.

It’s gratifying to see non-profit developers from Boston to Great Barrington receive support for their projects from the state.  CEDAC values the work we do with each of these organizations as they turn their ideas for projects into reality, and we are happy to be of assistance as they reach the next stage of the development process.