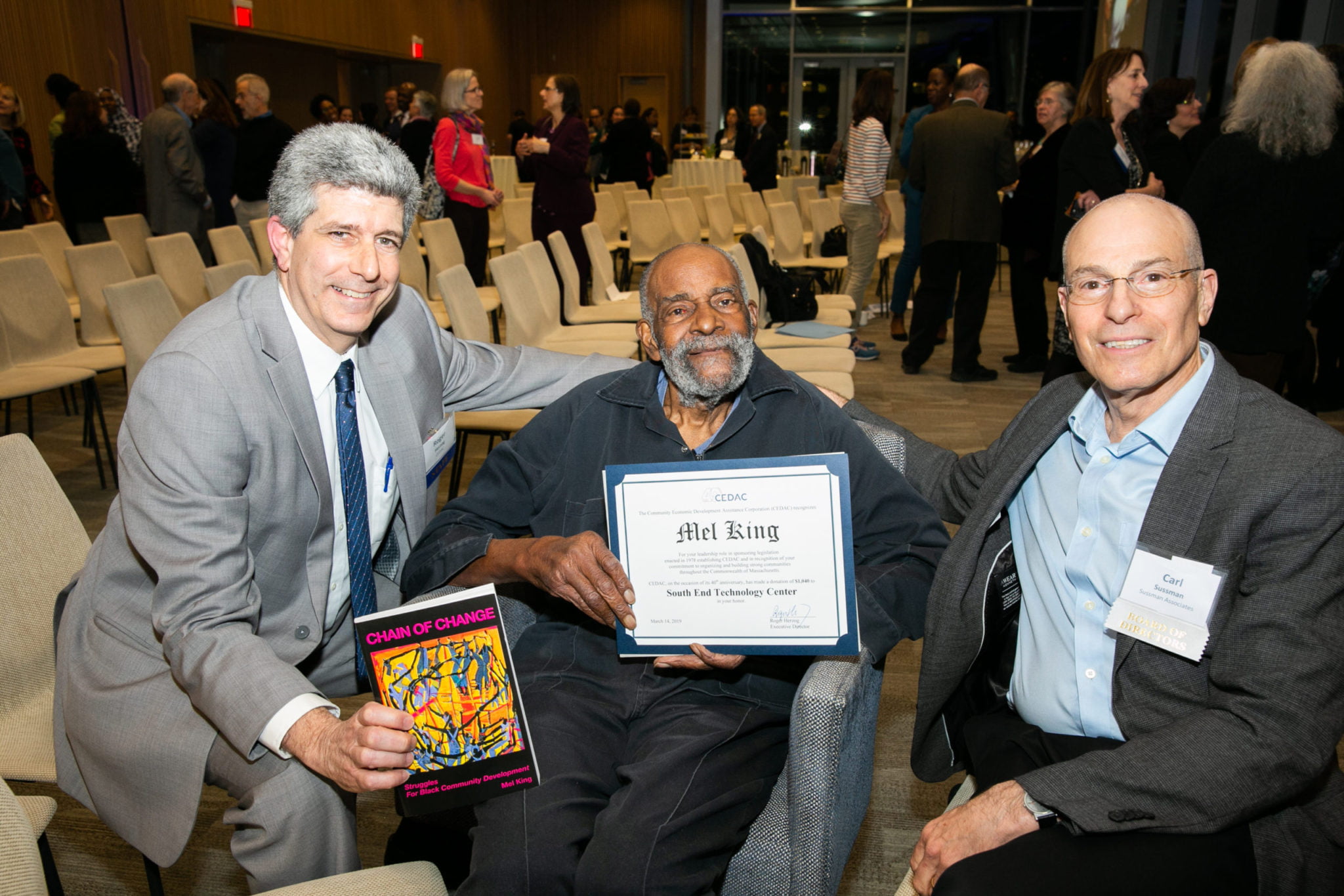 Mel King, legendary community activist and former state representative, invoked this phrase as he concluded his remarks at our 40th anniversary celebration on March 14th.  And Mel did not just speak these words, but rather inspired the audience to chant them together with him.  This phrase sums up his philosophy on community development and the commitment of residents to organize themselves to build strong and resilient communities.

CEDAC honored King for his foundational work in the 1970s to convene a series of weekly working group sessions of community activists and planners – the so-called Wednesday Morning Breakfast Club – that led to CEDAC’s creation.  But it was clear from our large gathering of organizations and individuals from across the state’s community development sector that everyone was celebrating Mel for his vision and leadership in the movement as a whole.

Mel provided inspiration for this community development movement in Massachusetts, and he played an instrumental role as an elected official in helping to create a state infrastructure to support community development, including sponsoring the legislation that established CEDAC.  We held the 40th anniversary event at MIT’s Samberg Conference Center, a fitting venue, since it served as the location for those weekly sessions where the idea for a public/private agency that provides technical expertise to non-profit community development organizations was first discussed. At the time, Mel was teaching at MIT’s Department of Urban Planning and Studies and leading the Community Fellows Program there.

The Massachusetts system now serves as a national model of community development, and it was truly a wonderful moment to have the chance to thank and recognize Mel.  We were pleased to have Governor Charlie Baker share his support as he offered congratulatory remarks by video.

In the 40 years since CEDAC was created, the organization has committed over $402 million in early stage project financing, and has helped to fund the creation or preservation of nearly 50,000 affordable housing units across the Commonwealth.  Additionally, CEDAC manages a number of supportive housing bond programs on behalf of the state’s Department of Housing and Community Development (DHCD), with commitments of more than $490 million over the past thirty years.  These bond programs include the Housing Innovations Fund (HIF), the Facilities Consolidation Fund (FCF), and the Community Based Housing (CBH) program.  You can read more about our accomplishments in the March 11th issue of Banker and Tradesman and hear more at the OA on Air podcast. You can also learn more about our past, present and future in the 2018 CEDAC Annual Report, featuring an interactive 40-year timeline.

At the same event, the Children’s Investment Fund, an affiliate of CEDAC, presented Judy Cody, executive director of the Beverly Children’s Learning Center (BCLC), with the Mav Pardee Award for Building Quality.  The award, which recognizes organizations or individuals working to address the need for physical environments that support high-quality early education, is named after Pardee, who was the Fund’s former program manager.  Cody oversaw BCLC’s expansion to a new 16,000 square foot facility that provides safe and affordable early education and care for nearly 160 children in the North Shore region. 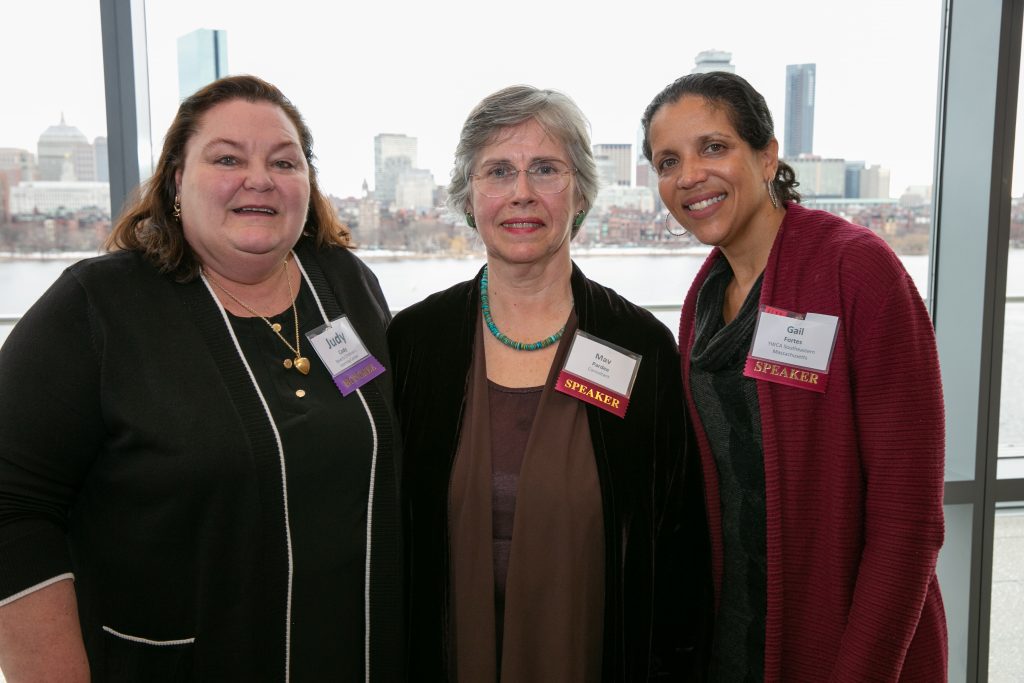 BCLC was one of the first child care facilities to open that utilized grant funding from the Early Education and Out of School Time (EEOST) Capital Fund, and that is because of the tenacity and dedication that Judy Cody demonstrates as executive director. Since it was established in 1990, Children’s Investment Fund has committed $55 million in project financing and state bond resources, and supported the creation or improvement of more than 30,000 child care slots.  EEOST is administered by the Massachusetts Department of Early Education and Care in partnership with CEDAC and the Children’s Investment Fund, and it offers child care providers capital resources to develop high-quality early learning facilities.

Thank you to all of our partners, supporters, and current and former board and staff members (including my executive director predecessors, Carl Sussman and Mike Gondek) who joined us as we celebrated 40 years of strengthening communities in Massachusetts. And thanks again to Mel King for helping to build the foundation for community development in Boston and neighborhoods across the state.

Thanks to David Fox, Photographer for capturing this event. See more photos here.