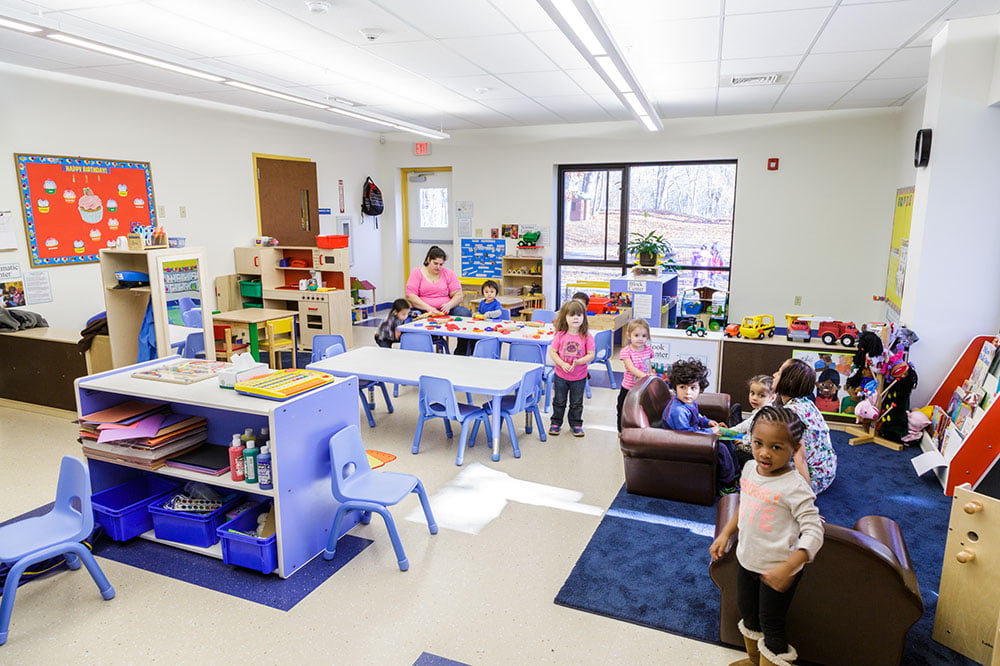 Over a decade ago, a college professor and her students routinely observed how children interacted with teachers in an early childhood education program in Connecticut. They found that only 3 percent of each child’s time was spent interacting with an educator. This low percentage was notable, considering that research shows that engagement with a caregiver is essential to a child’s learning and development, both at home and in the classroom.

A few months later, they observed the children again and found a significant difference. The program’s management, staff, and curriculum were the same, but now 22 percent of each child’s time was spent engaging with an adult. The only difference was that the program had moved facilities. When the children were previously observed, the space was in the basement of an old college building. Between observations, the program moved into a new, larger facility that had bathrooms located within the classroom instead of down the hall and enough storage in the classroom for educational materials and the children’s belongings. Teachers reported that because of this, they left the classroom less frequently and had more time to focus on the children.

A Lack of Research

These findings raise interesting questions about the impact of space on teaching and learning, but they were an accidental byproduct of research that was never focused on the physical environment. Nor were they ever formally published. In fact, there is very little research demonstrating the effects of facilities on the quality of children’s learning experiences. Developmental psychologists like Gary Evans have studied elements of space that can impact a child’s development, such as classroom size, natural light, and environmental hazards. Much research focuses on K-12 school design broadly and its impact on student behavior and achievement. But studies comparing the effects of early education space before and after facility changes are virtually nonexistent.

Our own 2011 report,  Building an Infrastructure for Quality sampled 182 early education and out-of-school time sites in Massachusetts and found multiple health and safety deficiencies. The report was one of the country’s first studies documenting these challenges, but one that could not yet assess solutions. The state’s policy response to the problem – the Early Education and Out of School Time Capital Fund (EEOST)—supports transformational renovation and construction projects in facilities throughout the Commonwealth. EEOST presents an opportunity to fill the gap we’re seeing around early education facilities research because we now have tangible “before” and “after” examples of physical space to measure.

Seizing this opportunity, we have commissioned an independent study of the first 16 sites funded by the EEOST program. A research team has begun to examine the effects of facility improvements on the programs, educators, and children they serve. Thanks to support from the Barr Foundation, researchers from James Bell Associates and the Wellesley Centers for Women are observing programs to measure program quality, teacher-child interactions, and child well-being before and after the state’s investment of EEOST capital grants. They are using two assessments well known to the early education research community—the Environment Rating Scales and the Classroom Assessment Scoring System (CLASS)—as well as the Physical Environments for Early Learning tool, interviews, and surveys. Results will be shared in 2019.

We expect that the evaluation will tell us more about the impact of facility improvements. There may be dimensions of space that we did not consider. There may also be unintended consequences of facility projects that we did not anticipate. Regardless, we will certainly learn a great deal and be able to contribute to the field’s understanding of the impact of facilities on early education and out-of-school time quality.