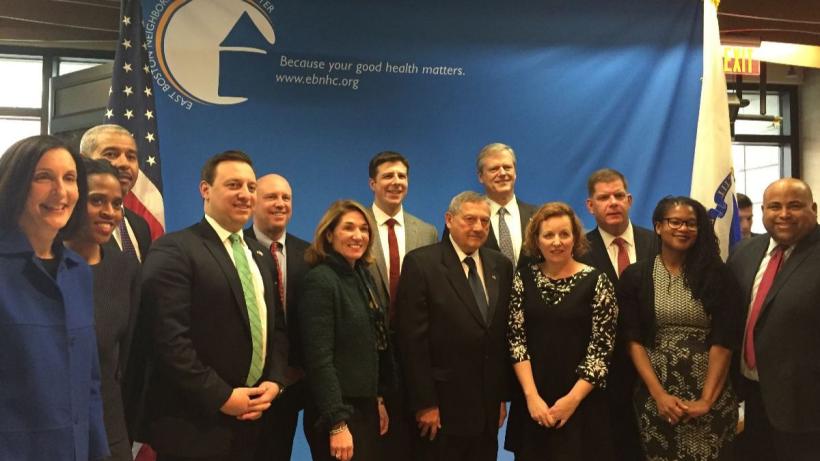 Massachusetts truly is fortunate that elected leaders consistently demonstrate their support for building affordable housing.  We received yet more evidence of this bicameral and bipartisan support on February 4th, when Governor Charlie Baker and Lt. Governor Karyn Polito announced $44 million in new funding awards for affordable housing projects across the Commonwealth.

“Our administration continues to make substantial commitments to increase the development of new affordable housing in an effort to meet the need we see in every region,” said Governor Charlie Baker in a press release. “We have invested more than $1 billion in the affordable housing ecosystem, created new programs to encourage development, and filed legislation to update zoning laws to promote equity and opportunity for all residents. Today’s awards will advance the production of hundreds of new rental units for families, seniors, and households transitioning out of homelessness.”

Among the 11 projects that secured funding awards, CEDAC provided a total of $4.5 million in early stage financing to four of these.  These include:

All four of these projects include units designated for households with incomes below 30% of area median income (AMI), including formerly homeless households.

The commitment by the Commonwealth’s leaders to address the shortage of affordable housing for low- and extremely low-income households is truly commendable. Both the Baker-Polito administration and the legislature have shown that they are willing to put real resources behind these projects, which are located in many communities in need. CEDAC is proud to offer both financing and technical assistance to our committed and effective non-profit partners across the state, and look forward to working with these partners to move these projects to the construction phase.