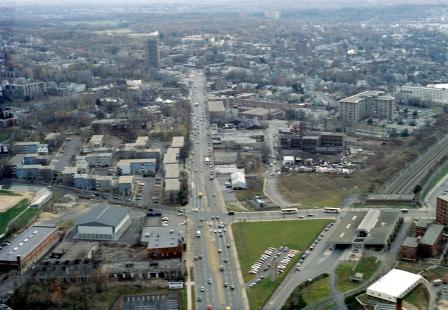 The Vacant Site Acquisition Fund establishes a pilot funding source of more than $8 million to help nonprofit developers purchase vacant or underutilized land appropriate for the development of multi-family housing.  The city has committed $2.5 million while CEDAC and LISC Boston have provided a combined $6 million.  CEDAC manages the day-to-day operations of the fund, which has an efficient “one-stop shopping” approval process enabling nonprofit developers to better compete in the private market.

Since the agencies established the fund last year, one project has closed using its resources, with a second loan approved. In January, Urban Edge, Inc., a community development corporation that serves Roxbury and Jamaica Plain, acquired two lots on Columbus Avenue, adjacent to a third parcel that the CDC purchased through a prior CEDAC acquisition loan. Those underutilized parcels include a commercial building in need of repair and a parking lot.  These sites are within an area that the Boston Planning and Development Agency (BPDA) deemed PLAN: JP/ROX, about which the City of Boston has made recommendations regarding affordable housing, transportation, and open space improvements. In the gentrifying surrounding neighborhood, this project will provide new affordable units to combat displacement, while contributing to continued revitalization.

“The Vacant Site Acquisition Fund is an important new resource for nonprofit organizations in Boston who otherwise might find it challenging to compete in the real estate market,” said Frank Shea, CEO of Urban Edge.  “Along with providing resources, working with the city, CEDAC, and LISC Boston made this a much easier process.”

For nonprofit affordable housing developers, access to loan capital with favorable terms, strong municipal support, and a streamlined process with an experienced acquisition lender, makes it more possible to compete in a hot real estate market to acquire sites for affordable housing.  As a public/private partnership, CEDAC is excited about how the Vacant Site Acquisition Fund responds to these needs.  If you are interested in learning more about the fund, please visit CEDAC’s information page here.